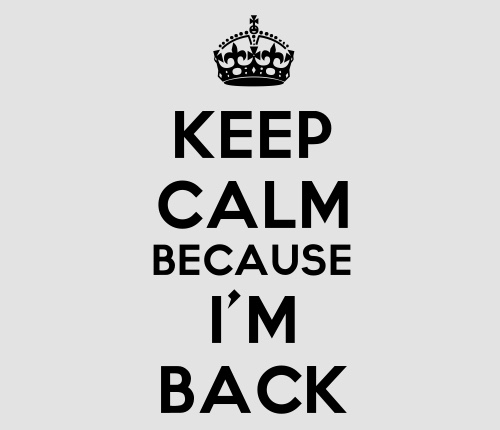 I am back baby! But why was I away, well my PC decided to die and I hate writing these blog posts on my phone. The motherboard had a catastrophic failure and had taken an age to get repaired, but it’s back and up and running now.

I am not going to go into a full update about what went on over the past two months, but it was cool, I had a nice Christmas, although I was ghastly ill over New Years.

But I will just crack on with the normal categories of updates I do and try and get back into the swing of this next week properly.

This week I have been doing a bit of a Heresy mop up and finishing off some units by building them up to full squad numbers, I started with five Volkite Culverin Heavy Support Marines for my Word Bearers and have this week finished up some Destroyers for my Ultramarines.

Not even going to pretend I can paint Black well, so I gave in and dry brushed. Think they still need some tidying up, but these are five Destroyer Marines for my Ultramarines to join my other five, this time with an actual Sgt to lead them. Looking forward to getting these onto the table to start doing some nasty stuff with some nasty weapons. #TheHorusHeresy #HorusHeresy #Warhammer30k #Warhammer30000 #FullyPaintedIsForClosers #HardforHeresy #PaintingForgeworld #Destroyers #DestroyerSquad #LegionDestroyers #Ultramarines #XIIIth #XIIIthLegion

I am currently working on some Lascannon Heavy Support Marines for my Ultramarines, but they just need the transfers.

Next up I will be painting some Recon Marines with shotguns, and starting on the Glaive which is going to join my Word Bearers.

Not listening to any audiobooks at the minute as I have been catching up with Podcasts, but I have started the next Beats Arises book, The Last Wall, which I do have to say, this far is not as bad as the last David Annandale book I read. He still uses very short sentences which makes reading a bit hard at time, but the story seems solid enough.

This weekend we made the pilgrimage to Warhammer World where me and Megan used our Blood Angels to play against my friend Nathan’s Necrons.

Nathan brought along a a Tesseract Vault which our army destroyed by turn 2, in fact we had few issues dealing with the big stuff, but we really struggled to take care of the Destroyers and Necron Warriors. Our list was very much a generic Marine list as opposed to a more Blood Angels list so we did fail to take advantage of the Blood Angels strengths but we enjoyed ourselves none the less.

We did lose the game 15-35 though as our cards were very unkind to us, we played a mission from Chapter Approved and it was an awful lot of fun.

On Tuesday I played against James Tyranids at Durham Raiders and that was a major loss, my Chaos Space Marines just couldn’t deal with all the Hive Guard with their good guns and he managed to tear my army apart very quickly, even my Spartan only lasted a turn!

I think part of the problem is that my Chaos Space Marines are just what I have in terms of Word Bearers in Heresy that can be used in 40k and perhaps they need some more specific 40k units in order to shine.

I am role so I am not backing anything, but I am eagerly awaiting my copy of arising Sun which will hopefully be coming very soon!

I managed to make myself an omelette yesterday, but that was a huge struggle.

I did cook some pulled chicken sliders on Friday night, I boiled some chicken thighs in chicken stock, a bay leaf, cumin and salt and pepper, before I pulled it and the cooked it in my BBQ sauce for a little bit.

Very little, I bought a few bits at Warhammer World, a Mortis Lascannon so I can build a Mortis Dreadnought armed with two Twin-Linked Lascannons for my Ultramarines. I preordered the new Rhino Word Bearer doors for my Glaive and hopefully they will arrive in Friday so I can get started on that model, and I got a Tau t-shirt which was the last one in my size.

I also got the two souvenir coins that Warhammer World now do as well.