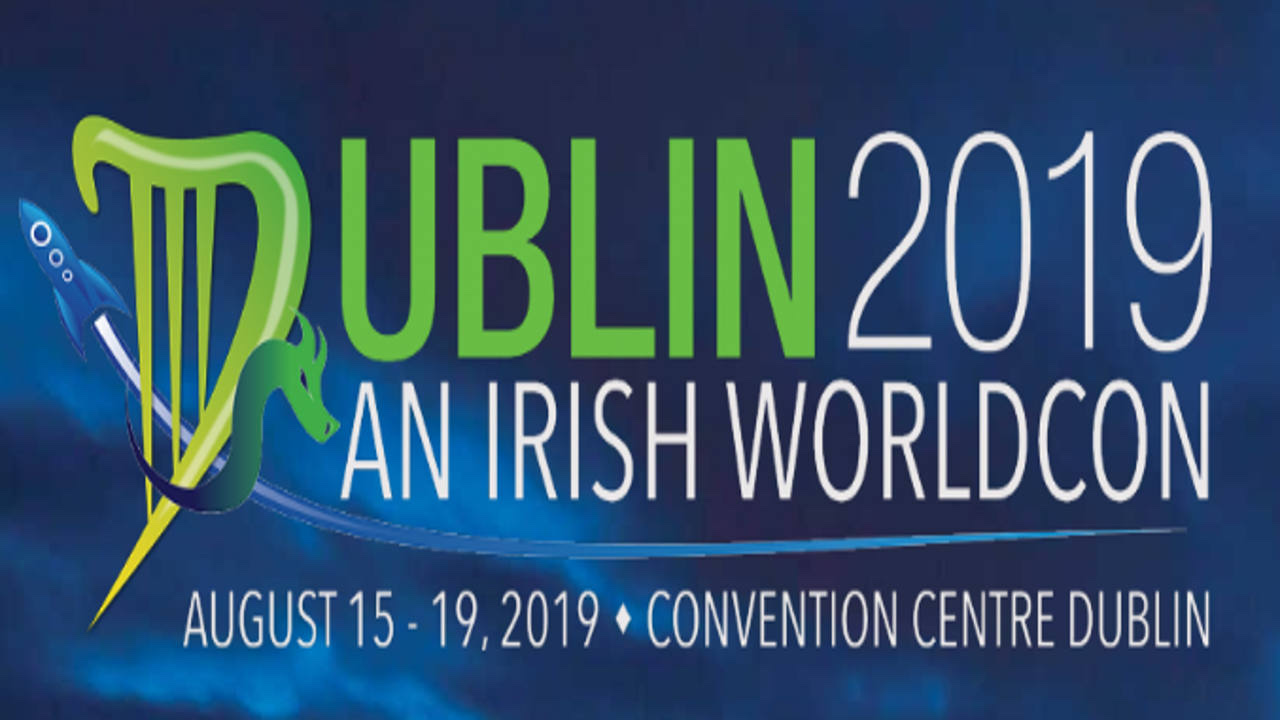 Next Tuesday me and Lindsay fly off to Dublin to attend the 77th World Science Fiction Convention, AKA WorldCon.

It’s my third WorldCon after I attended a day of the 53rd WorldCon in Glasgow when I was 13 to see Gerry Anderson’s Guest of Honour Interview, and my time working at LonCon 3 the 72nd WorldCon.

This time I am going for the full time as an full adult member for the first time, and I am really looking forward to it, I will be helping out with the Glasgow in 2024 bid as much as I can, spending time in the games area and doing as many cool panels and activities as I can, and I will do my best to keep people up to date.

We both wish Megan was coming, but she simply didn’t feel like she could handle it, so I will do all I can to help bring WorldCon to Glasgow in 2024 so she can attend, as can Paul, Mary and Willem.

Had more chance to do some painting and modelling this week, although it has been rather busy, so not as much done as I would have liked.

I started off by painting some scenery, I got finished the Killzone Sector Mechanicus by painting the Thermic Plasma Conduits form the set, along with the Galvanic Servohaulers that came with the Krogskullz’s Boyz expansion pack.

Then I finished up the last part of that Killzone which was a Ferratonic Incinerator, which was a great excuse to break out Lupercal Green and Sons of Horus Green.

And finally I finished off a T’au Empire Kill Team I have been working on for three years, and in that time we have changed edition of both 40k and Kill Team and the Tau gained an apostrophe!

I started this squad when the last edition of Kill Team was released, nearly three years ago, and as part of my desk clearing exercise I have finished them off. So this is a T’au Strike Team from the T’au Sept, armed with Pulse Carbines and Pulse Rifles, among with two Gun Drones and a DS8 Tactical Support Turret. The Pulse Carbine guys and the drones were finished about 18 months ago, and the Pulse Rifle guys have only just been finished. Right next up more Death Korps of Krieg, but due to a busy weekend I won’t be able to prime them until at least Monday, but the next thing I am doing is the Lascannon Teams. #PaintingWarhammer #PaintingGamesWorkshop #Warhammer40k #Warhammer40000 #KillTeam #Tau #TauEmpire #TauFireWarriors #FireWarriors #TauStrikeTeam #StrikeTeam #TauSept #GunDrone #DS8TacticalSupportTurret

I have done a bit of model building, yesterday I built four Space Marines bikes, five Space Marine Scouts with Bolters and today I built a Land Speeder Tornado, and a Broadside and Riptide for my T’au.

I am bad I have mostly just been listening to audio dramas and reading Codexes, I really need to finish Last Son of Dorn!!!

I have played a bit of Heresy this week, on Friday I played Graham at Battle Bunker, with my Death Guard, and he took his Solar Auxilia, and I lost, not by much, but I really struggled against his Leman Russ tanks, I just didn’t have enough anti-armour to deal with them, so that is absolutely something I need to add to my Death Guard, perhaps some Rapiers, not sure if I should go with Laser Destroyers or the more Death Guard like Quad Mortars.

On Sunday I and Graham went to Heaton Games Society for a Heresy Doubles events, we took 750pts each, Graham took Solar Auxilia, I took Ultramarines, and it’s my first time using Ultramarines in a long time, so was good to give them a run and it reminded me why I liked them so much.

We lost every single game, because we thought it would be lighthearted, fun and fluffy, and it really wasn’t!!!

Our first game was against two top blokes, Ed and his pal, who’s name I can’t recall, and they had White Scars with seven jetbikes, two Javelins and a Fire Raptor, a Custodes Caladius, Shield Captain and five Custodian Guard, that was brutal, my Invictarius Suzerain were good, but they just couldn’t do enough against the Custodes.

Although Graham did manage to shoot the Fire Raptor out of the sky with his Quad Mortars!

Our second game was against Will and Caesar with a Sons of Horus Justarian list and an Armoured Breakthrough, and that was horrific, we ended up with just one guy on the table, we just could not do anything against that list but kill two Predators and a Dreadclaw, and Graham may now be sold on the effectiveness of the Sicaran Punisher.

The last game was against Luke and Dans Alpha Legion and Salamanders and this game was the game for the wooden spoon, and we accordingly lost, I tried to deep strike my Invictarius Suzerain in with the Void Walker warlord trait, but they kept mishapping and ended up being displaced all the way on the other side of the board away from all the action.

Tough game, we did our best as Graham really didn’t want the wooden spoon, but now I have four of them, three of which were gained in the last twelve months!!!

I am still only backing my old school friend Ken’s Kickstarter for Cognition Vol #1.

I have started seeing people get their rewards for Ogre Battlefields, but alas us Europeans have to wait a few months more.

Does a Pot Noodle count???

I have bought myself a few bits for Warcry, I grabbed the Starter Set, cards for Stormcast Eternals and Ironjawz and the Ruler.

I also picked up two sets of bikes for my Blood Ravens, plus a Land Speeder and some Scouts, all of which I have already built!!!

I also got a paint restock, along with some new colours in both standard and contrast, the Loyalist Titans of Legends, Loyalist Dice and Loyalist Stratagems for Adeptus Titanicus.

In My Ears: Be Prepared from the Lion King

Current State of Projects: I have a clear desk!!!

Thoughts on The Lion King