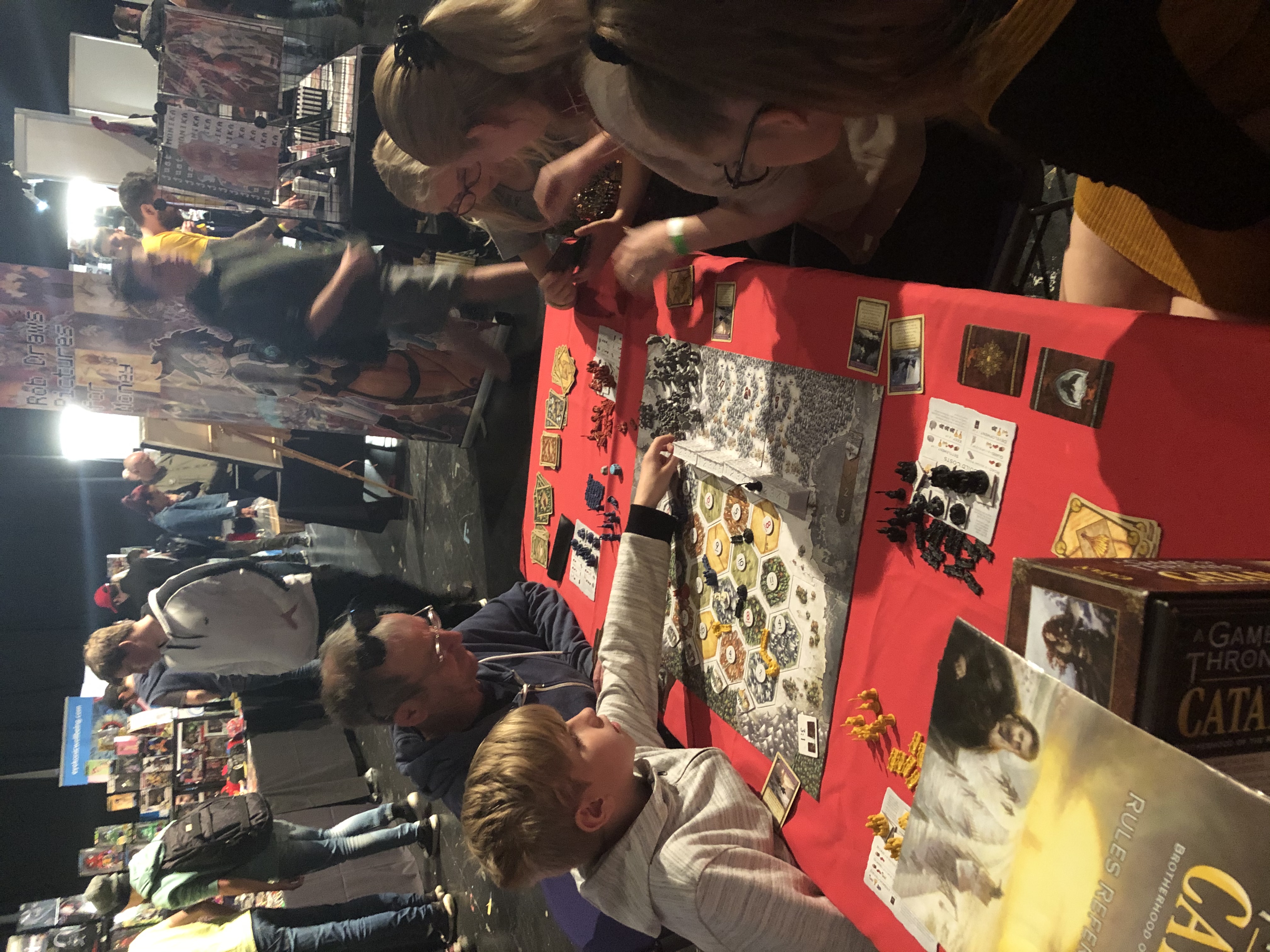 This post is later than planned but hey at least it’s here.

This past weekend I made my first ever trip to Glasgow and it’s not a bad place to visit, the people are nice and the city is rather pleasant. I was demoing board games at the Resonate festival at the SEC, and that was a lot of fun, I learnt to play Cobra Paw, Maki Stack, Just One (this years SDJ winner), Pandemic Rapid Response, Dice Forge and Game of Thrones Catan, and the team I worked with we’re all amazing people, loved every one of them.

I have been out of video games for some time, ever since gamergate really, but it was nice to see that the community now, well at least in Scotland, isn’t just a bunch of white dudes, but it’s much more diverse with a lot more women and ethnic minorities there, so perhaps the community has changed for the better since I left.

I did have one negative experience, and that was tea on Saturday when we went to Pizza Punks, and I am gonna be honest here, it’s one to avoid, the food was very very late coming and was no where near as nice as Mod or PizzaStorm, so I will be avoiding the branch in Newcastle.

When I got back from Glasgow, Megan was keen on getting a new Hamster so yesterday morning we popped over to Pets at Home, and brought back Argel Tal, who is a lovely little boy, of a bit shy.

It’s been tough doing anything in the heat, but I did build my second Plagueburst Crawler.

Painting wise I did two sets of Thermic Plasma Regulators, one from Conquest, the other we got from Scottish Graham, Gabriel Angelos and Garreks Reavers.

Really need to crack on with some Death Korps of Krieg, but to help me do so I decided to clear a couple of half finished models off the desk because it’s literally covered in stuff I have started and abandoned. First up, just in time for the Index Astartes is Gabriel Angelos, Chapter Master of the Blood Ravens, because its always good to have a model specifically for your Chapter. And a second set of Garreks Reavers for my Blades of Khorne, the first set lives in my Shadespire box and the bases don’t match the rest of my army so I grabbed these when they were rereleased with Nightvault. I have integrated some Contrast paint into these models, for Gabriel, I painted his face and his cloak with Contrast, and for the Reavers, thier skin, trousers and some leather and fur is painted with Contrast. Next up to clear some space are 5 Tartaros Terminators for the Blood Ravens and 5 T’au Fire Warriors which I should be able to get done early next week when I get back from Glasgow, then it’s cracking back on with the Death Korps and scenery. #PaintingWarhammer #PaintingForgeWorld #PaintingGamesWorkshop #Warhammer40k #Warhammer40000 #SpaceMarines #BloodRavens #GabrielAngelos #ChapterMaster #AgeofSigmar #WarhammerAgeofSigmar #AoS #WarhammerAoS #Khorne #Chaos #KhorneBloodbound #BladesofKhorne #Bloodreavers #GarreksReavers #Contrast #ContrastPaint

I am going to clear off a few old projects from my desk next, so I have five Fire Warriors and five Tartaros Terminators I want to get finished as they have been in various stages of completion for about 18 months now.

Slowly making my way through Last Son of Dorn, normally I would read quicker, but it’s just been too hot to concentrate.

Other than the games I played at Resonate, I have played four games this week.

Last Tuesday, I played Megan at Shadespire, and I lost, big time, she just kept scoring this objectives, quicker than I could. Later that night we played When I Dream, and again I lost because I just did a bad job being the Sandman.

Wednesday we played a quick game of Monty Python Fluxx which I won and then last night we introduced Camel Up to Megan’s Mum, and as per usual, I came last!

As expected I dropped out of backing Trial by Trolley, but am now backing Isle of Cats, which looks quite good.

I haven’t been capable of cooking this week

I had a bit of money in PayPal, so yesterday I ordered Toofrippa’s Krew for Kill Team.

I Really Am Back This Time